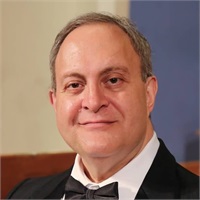 Mark Schwartz is the Tax Specialist with National Financial Group.  Mark has been an accountant  for over thirty years, having started with his uncle’s CPA firm while still in high school.

Mark holds an accounting degree and an MBA from Suffolk University. Further, he earned a music education degree from Berklee College of Music and attended Brandeis University as a pre-law student with concentrations in political science and economics.

Mark began his career in his native Boston, MS in public accounting, and has also worked as an underwriter and retirement program administrator. Shortly after moving to Arizona, Mark began his own accounting firm which eventually merged with a larger organization.  He now serves as one of the senior managers, overseeing tax research and representations before various governmental authorities.

As the son of a former physical fitness educator, Mark has always been an avid sports enthusiast.  He attended Brandeis University on a baseball scholarship and went on to a brief career in the minor leagues. In addition to his business and sports backgrounds, Mark has always been an avid musician. He has been playing trumpet, since he was seven and has sung in several amateur opera productions.